I posted a 53 second video yesterday morning on my Facebook page. It is of a little boy (maybe 3 years old) stroking, protecting, and caressing his newborn brother. That’s it. Big deal, right? Well the video has been viewed over 68 million times. Why? Because it’s sweet and endearing. It’s also safe. It’s okay for this boy to be sweet and loving toward his little brother.

I wonder how many views the video would capture if we fast forwarded 10 years in these boy’s lives and older brother was loving on his little brother in a similar fashion. Would we react the same way? Or would many of us say that it was wrong. The message we receive as boys are that boys don’t behave that way. They’re supposed to be wrestling on the living room floor, not showing physical affection towards one another. Many would say these boys need to toughen up if they’re gonna make it in this dog eat dog world.

I wonder how many views this video would attract if we fast forwarded 30 years and they were not brothers, they were friends. How many of us would assume these two people were gay? Unless their sexual orientation were different, there is no reason why any man would need, nor give that type of affection with another man. Right?

I disagree. We need it, in fact we need it probably more than our female counterparts because it’s something we have been deprived up because we have been put inside our “man box” as young boys. You know the manbox—it’s what we’re taught around the same time we learn to walk- “boys don’t cry” “be a man”, etc.

What is wrong with this video is that it’s not seen more often and that it’s only acceptable because of the tender age of these boys. What is right with the video is that it will continue to create a higher awareness of what it really means to be a man. The idea that it’s okay to be soft and tender and loving. I call this the mature masculine and the resources are out there for us men—all we have to do is walk through that door. Whether it’s subscribing to an amazing website like The Good Men Project, learning more about an international organization I’ve been a part of for the last few years called The Mankind Project, or even learning about a group I co-created called The Tribe.

These resources are all out there and if there’s anybody out there reading this who feels stuck in their life, it could be because there’s an imbalance.  If there are any men out there who are attracted to the idea of the mature masculine, I invite you to check out these resources. There are some amazing men out there doing some amazing things—I have seen it and have been a part of it. We support, we are vulnerable, we challenge, and yes there’s even some hugging going on.  Plenty of room on the mature masculine bandwagon—feel free to jump on.

Todd Adams is a coach for guys and advocate for men supporting them in embracing healthy masculinity and conscious relationships. For six years he’s co-hosted Zen Parenting Radio, a top-ten kids and family podcast on iTunes, and he c

o-founded The Tribe Men’s Group where he leads monthly meetings and offers annual adventure retreats. Todd is a member of The Mankind Project, a staff member for the New Warrior Training Adventure, and he’s a blogger for The Good Men Project. He’s a Certified Life Coach through the Tony Robbins Core 100 Life Coaching Program, and a certified instructor for the Institute of Heartmath where he was trained in stress reduction and relaxation. He’s also a featured expert on the on-line parenting resource The Kids In The House.  Todd is a sales rep for JVI Inc., a real estate investor in Chicagoland, and he and Cathy are the parents of three daughters ages 8, 11, & 13. 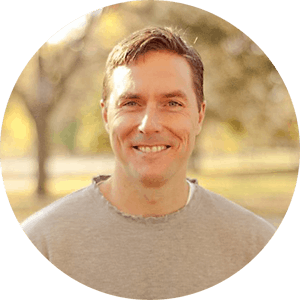